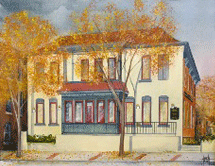 After many great experiences in college as a young man, I arrived at a place where I realized that four years of liberal arts and a diploma with a special sticker on it had prepared me for…absolutely nothing. Faced with almost certain poverty and homelessness, I took the only path you can take when no one in society wants you: I went to law school.

I chose Notre Dame Law School because it had two very significant things to recommend it: (1) There was a brand new law school facility, and (2) There was a hell of a football team on campus. Bottom line: If there are comfortable chairs to sit in, and you can go to a football stadium on Saturdays and scream like a stuck pig, law school is a lot more fun.

Since then there have been more clients than I can remember, and more years than I want to remember. I often wish that I had kept a journal of the amazing and colorful things I have seen and heard in this business we call the law.

But through it all one thing I haven’t forgotten is that every client is important, and every client both needs and deserves my full attention to their legal problem. I also like to think that a sense of humor and a little common sense not only help me get the results my clients deserve, but make whatever burdens there may be along the way just a bit easier to bear. I am fortunate to have found partners and associates who feel the same way about what we do.

These days I spend most of my time practicing consumer debt and bankruptcy law. I like those areas because they both involve helping folks when they’re in a little bit over their heads. There’s a lot of satisfaction in that kind of work; I’ve met some wonderful people along the way; and I’ve never been bored one day on the job. I can’t ask for more than that.

My intelligent and beautiful wife (she made me say that). Also drums, reading, hunting, biking, live music, travel, dry humor.